The story of how Happy High Nimbin became Nimbin Herbs

Our shop began its journey as the very first Happy High Herbs shop in the world in 1998.

At this time, during the late 1990’s and early 2000’s, some folks in Nimbin were experiencing a psychedelic cultural emergence, with the discovery of a powerful entheogenic substance in the bark of a local Acacia tree. This was a time when underground dance parties (bush doofs) provided an incredible opportunity for psychedelic experience. These somatically-informed tribal dance parties transformed many people’s lives.

The Nimbin shop, with an incredible team of staff since its inception, quickly became a central focus for locals and visitors alike to discuss the intersection of drugs, plants, healing and consciousness. The trippy-hippy design of the space, carefully curated by creative genius Eliza Rix, with artworks by Debbie Lee, was a perfect backdrop for the times, representing a part of the Nimbin community at the peak of its cultural expression.

In 2008, Elen Jones purchased the shop from the then owners, Ray Thorpe and Eliza Rix. They went on to establish the Happy Herb Company and expanded the franchise to towns and cities all over Australia.

A pivotal change was to happen in the years that followed, with the world-wide explosion of designer drugs (analogues of psychoactive molecules, often found in plants) that could be synthetically replicated and sold at enormous profits. The tale of what happened next is long and complex, but the upshot of the entire process is the birth of Nimbin Herbs – envisioned as an organisation upholding the original vision of the Nimbin community – mature, earthy wisdom, so deeply called for in these times. 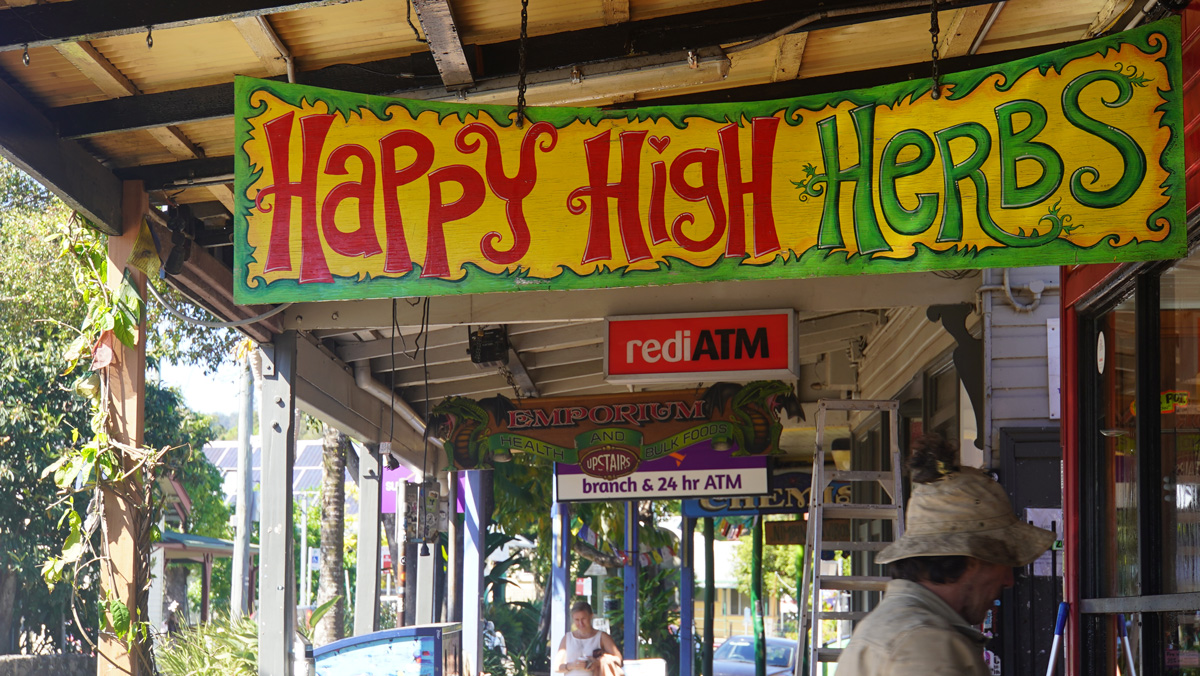 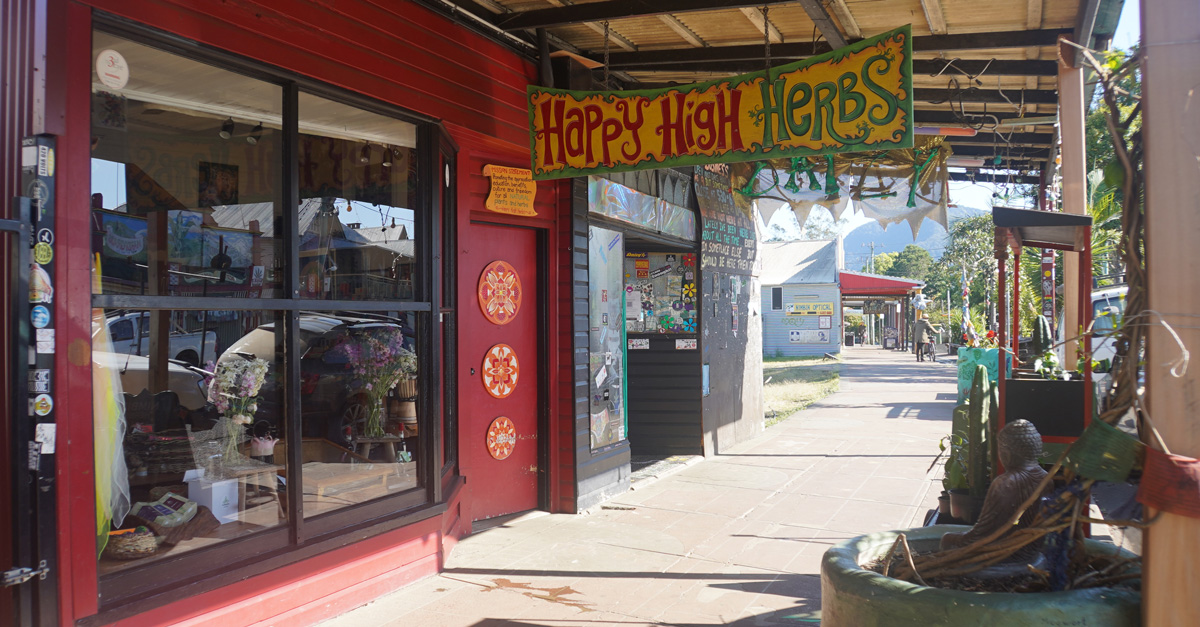 Check out our thirty second time lapse of the old sign coming down and our new signs going up. Logo design by Kat Ashworth, artwork by Izwoz. Huge gratitude to all those involved in the transformation.

VIEW OVER THE NIMBIN VALLEY AT DAWN.

At the Heart of Our Community

Nimbin Herbs acknowledges the Widgibal Waiibal people who are the traditional owners of the land and waters on which we work and live. We pay our respects to the Elders both past, present & emerging.

Today Nimbin is a small hippy village situated in the sub-tropical mountain ranges of Northern NSW. It’s rainforests are home to many diverse species of plants and animals. Nestled among the trees are all sorts of hippy communities, where bush shacks and composting toilets are the norm.

Nimbin is known for this, and also for its embrace of cannabis culture, a celebration of which is held each year on the first weekend of May. This gathering, known as Mardigrass, is well worth a visit if you fancy a walk on the wild side. 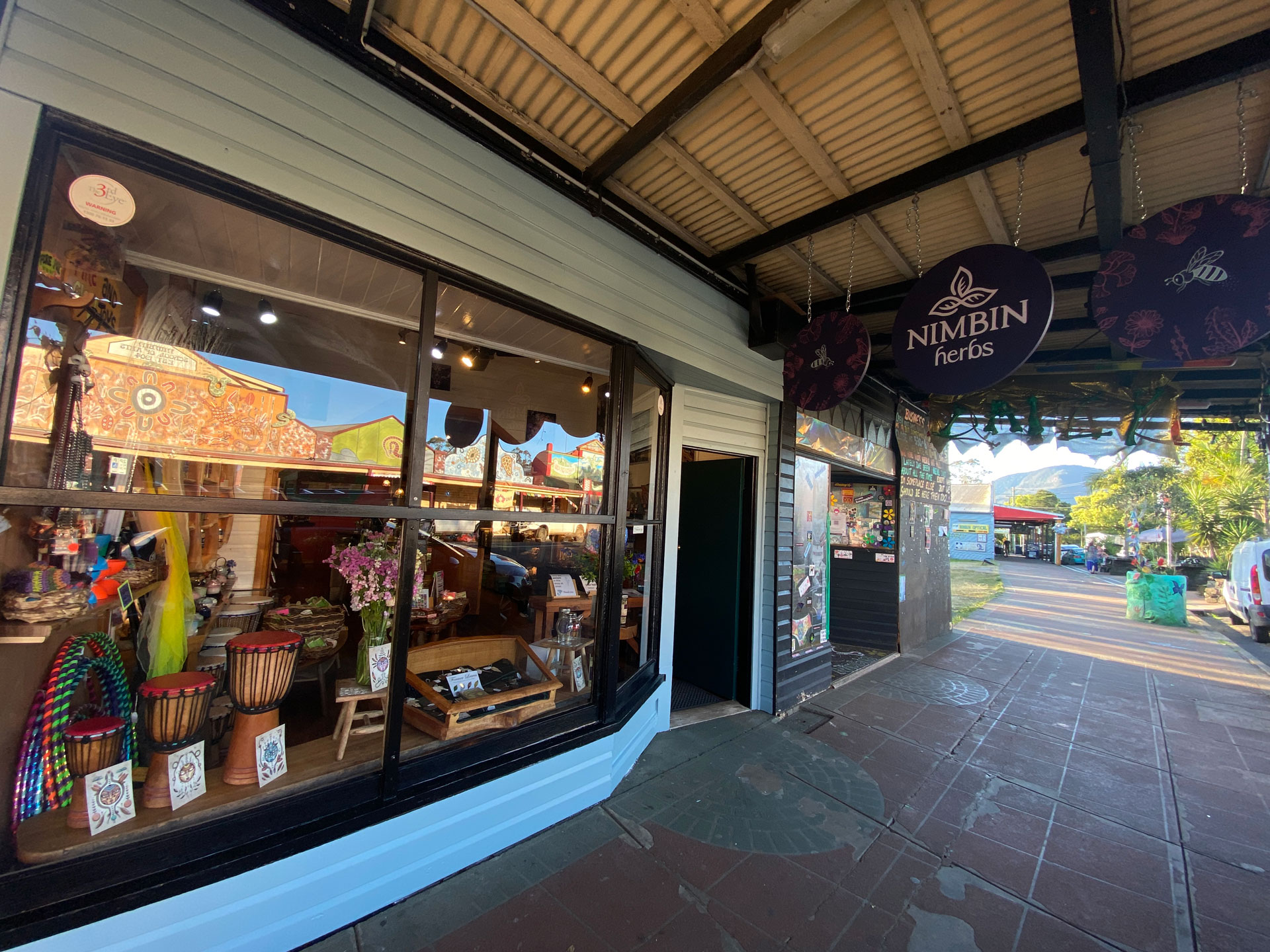 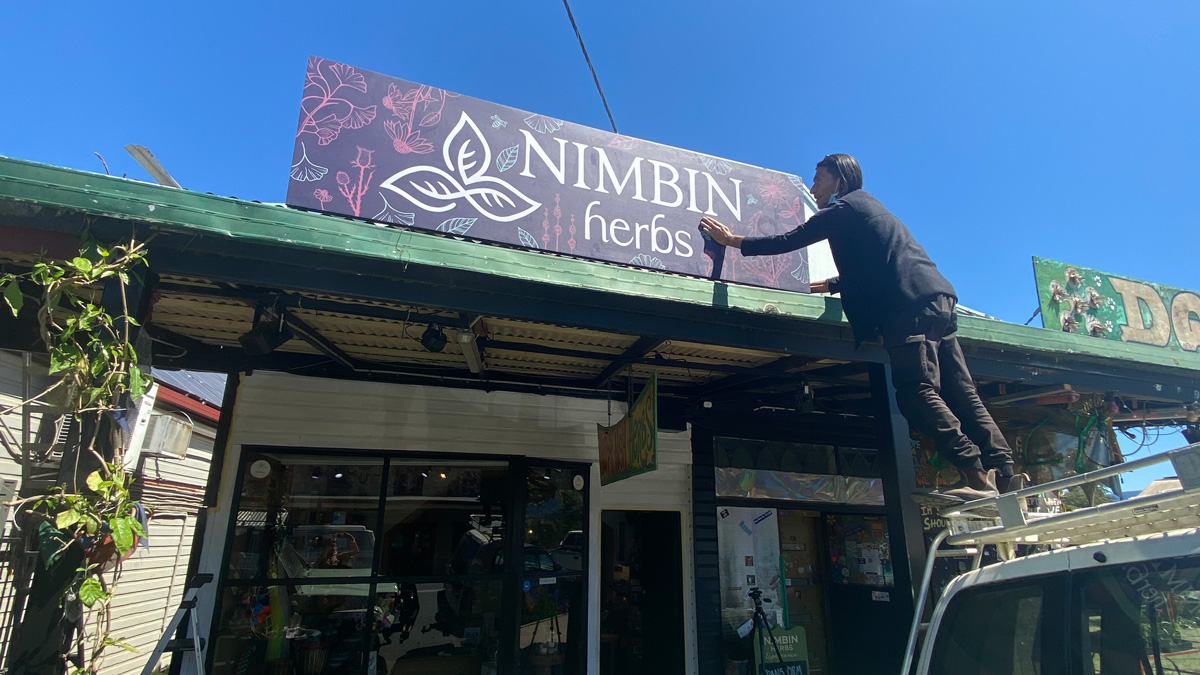 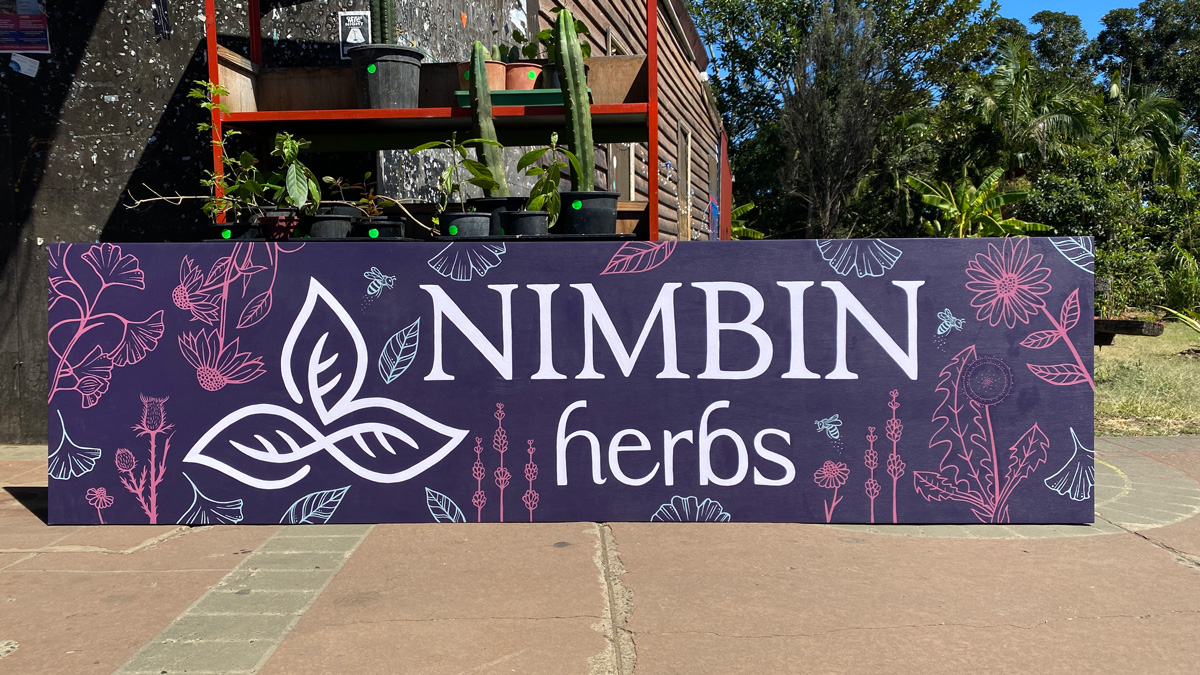 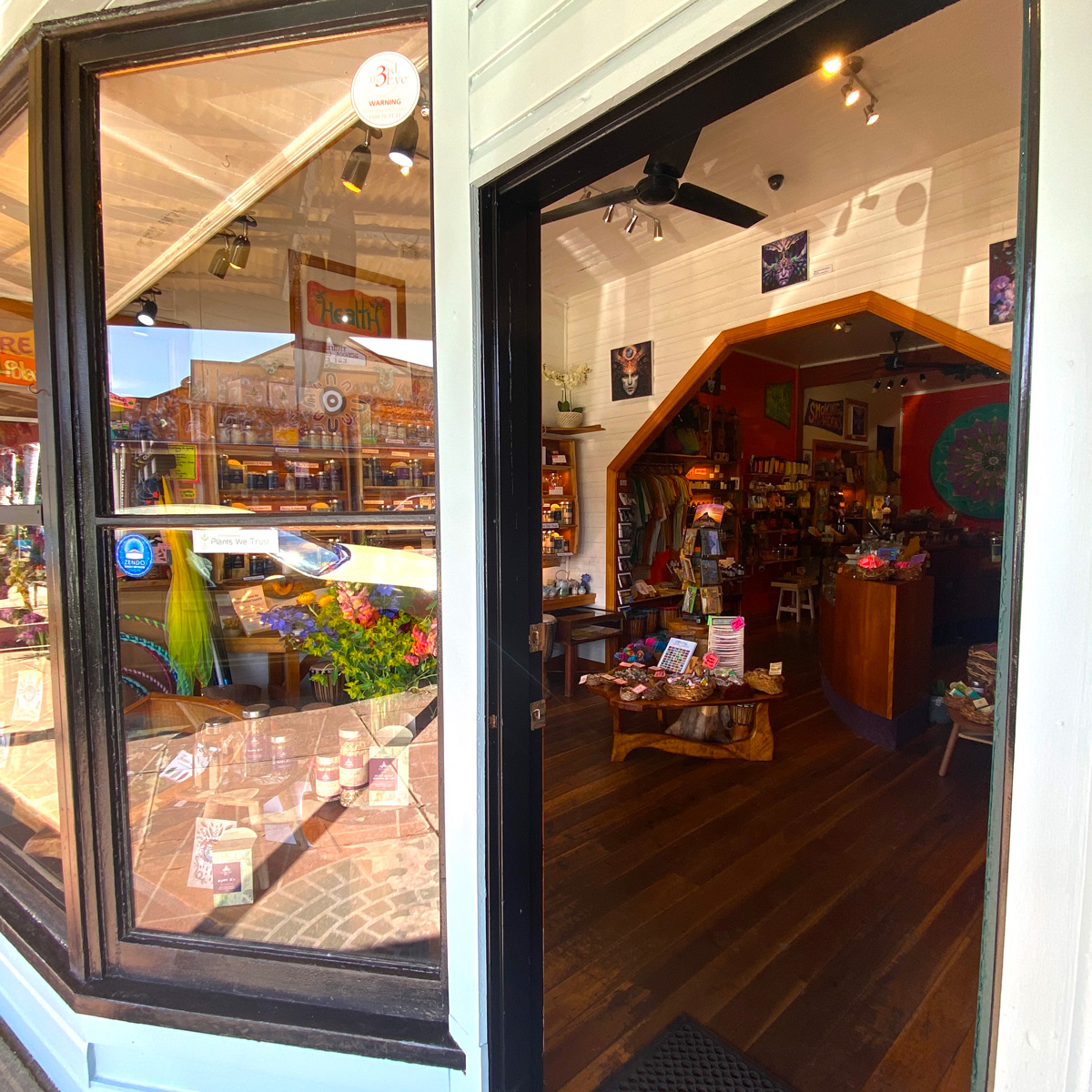 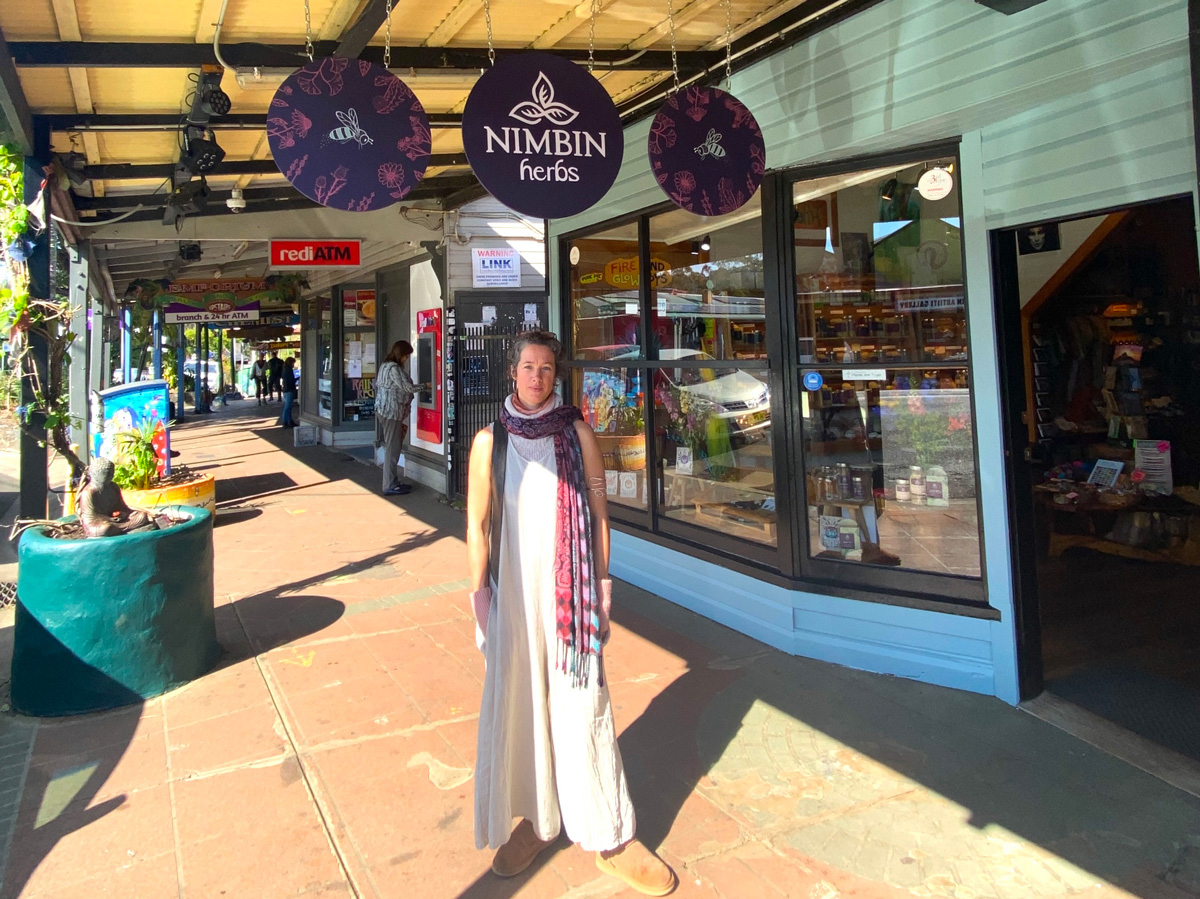 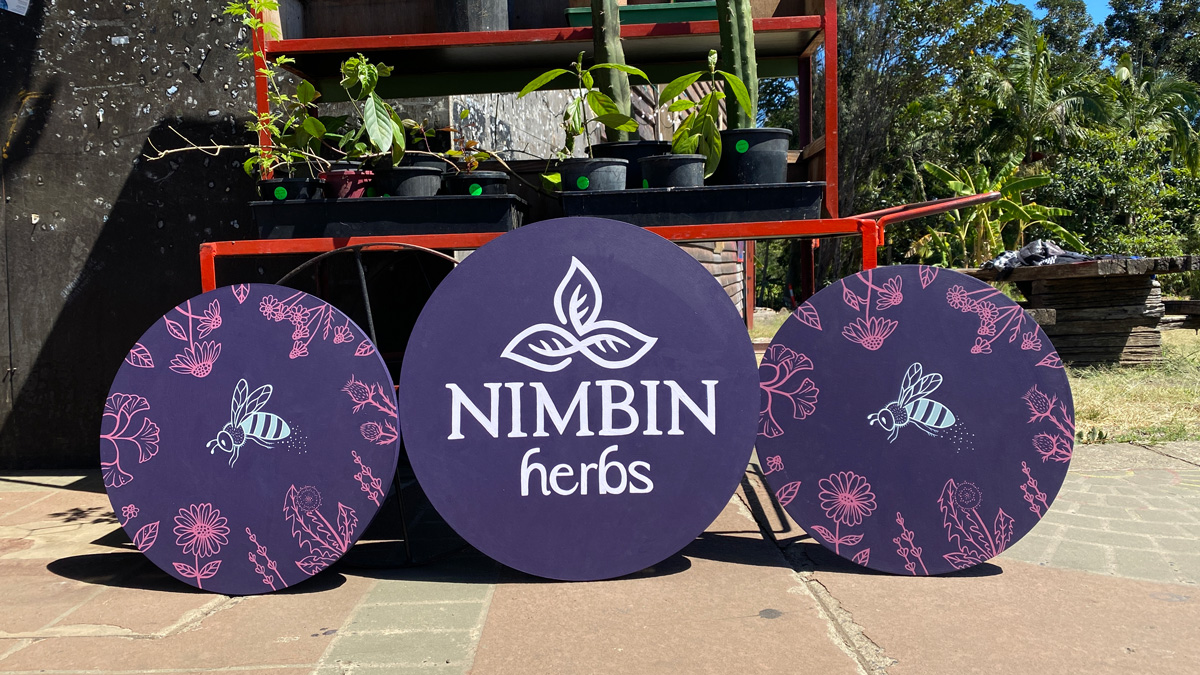 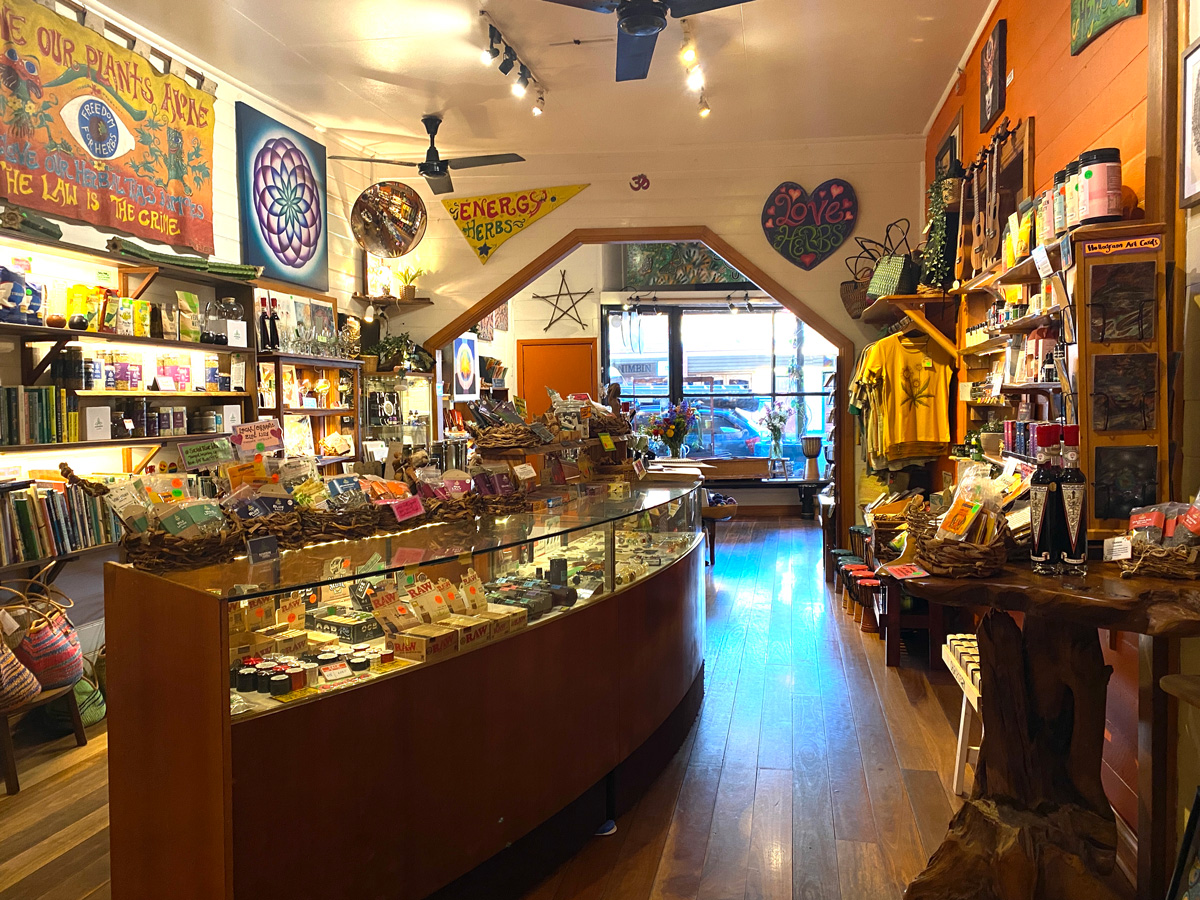 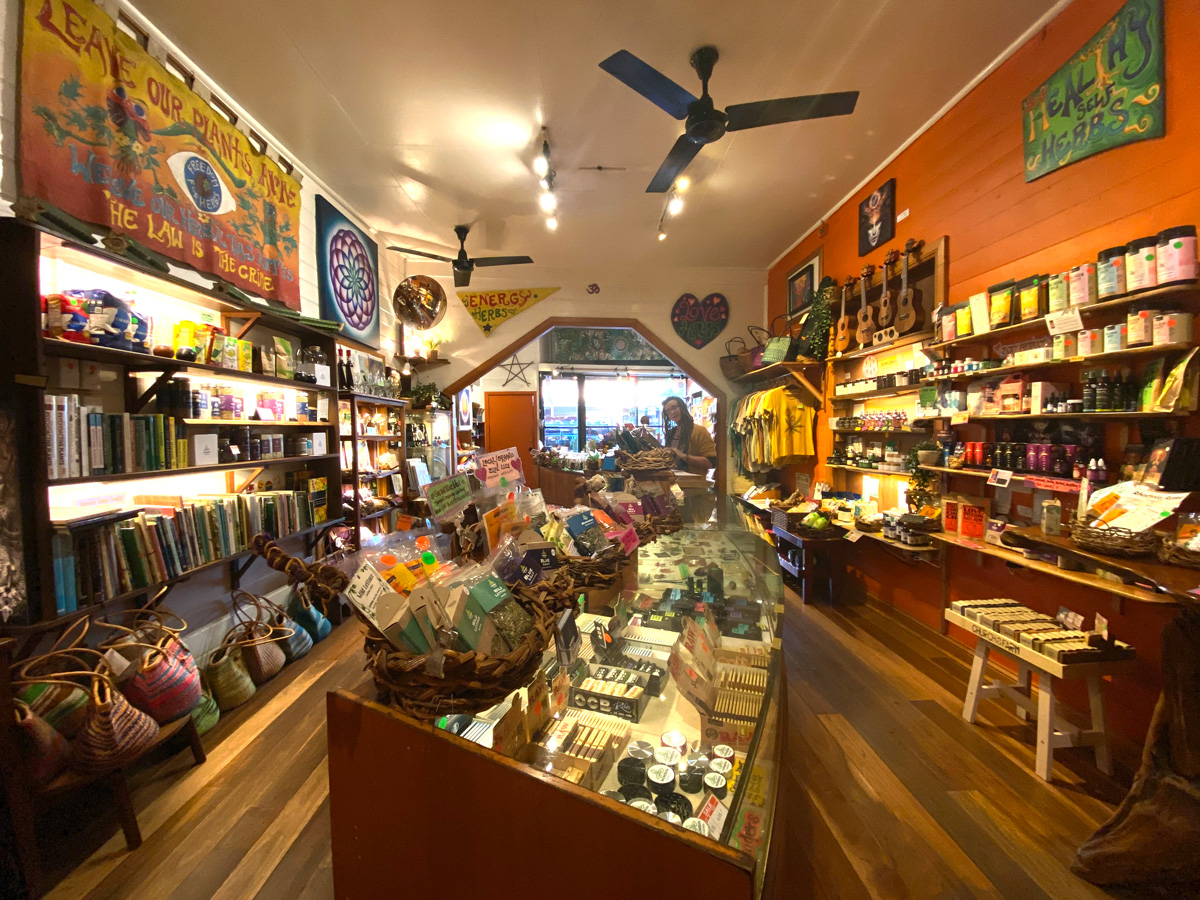 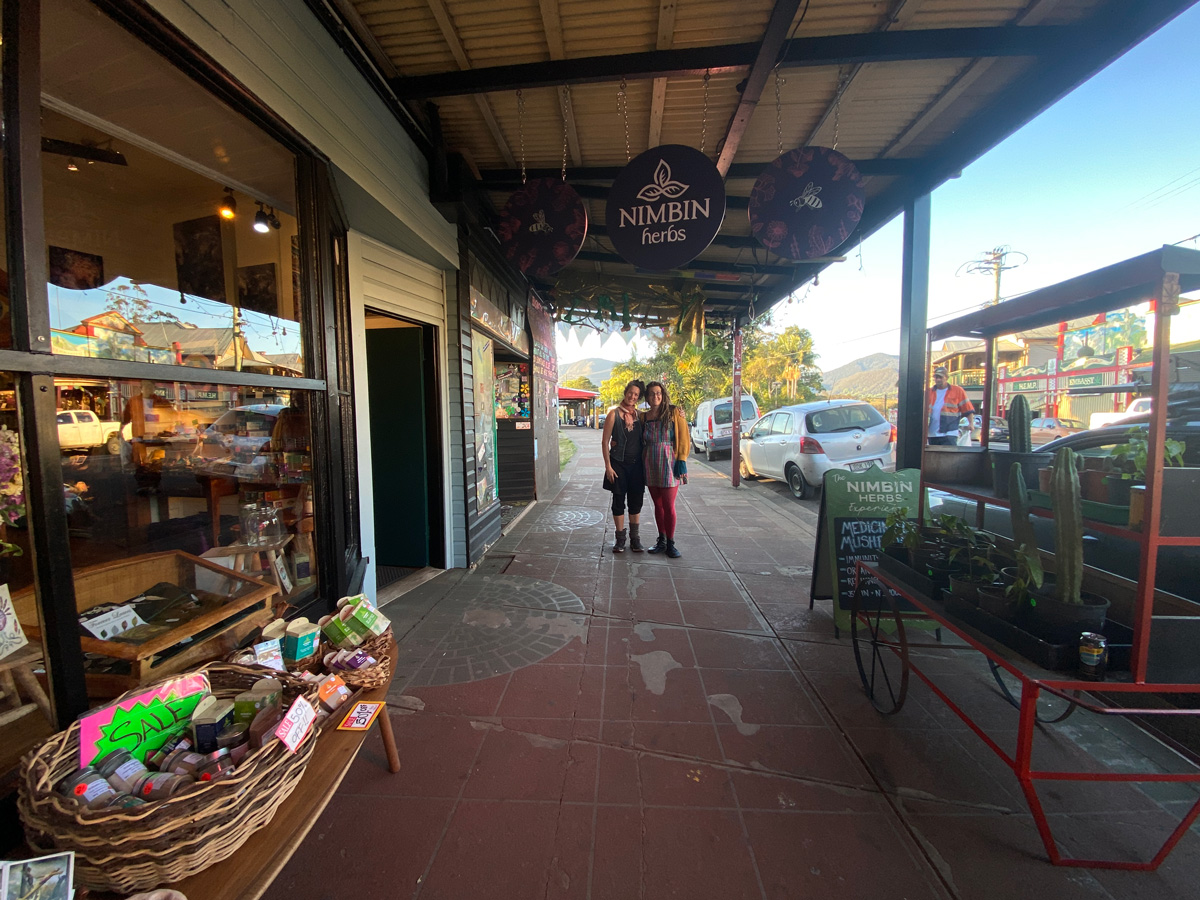 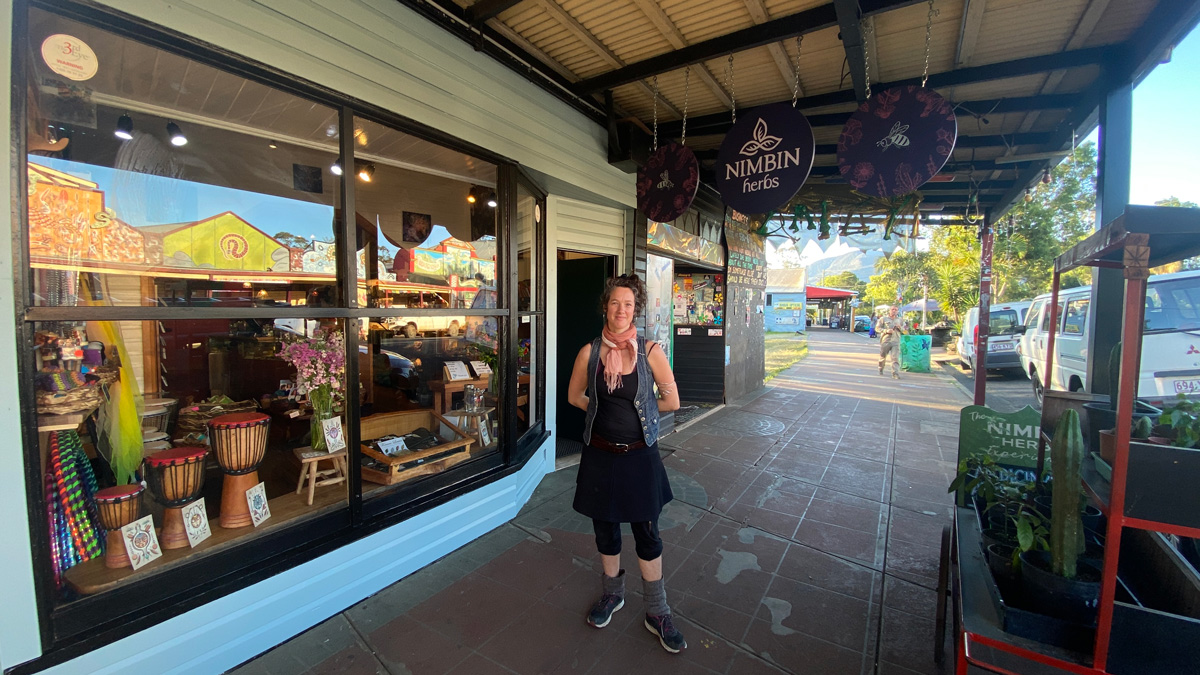 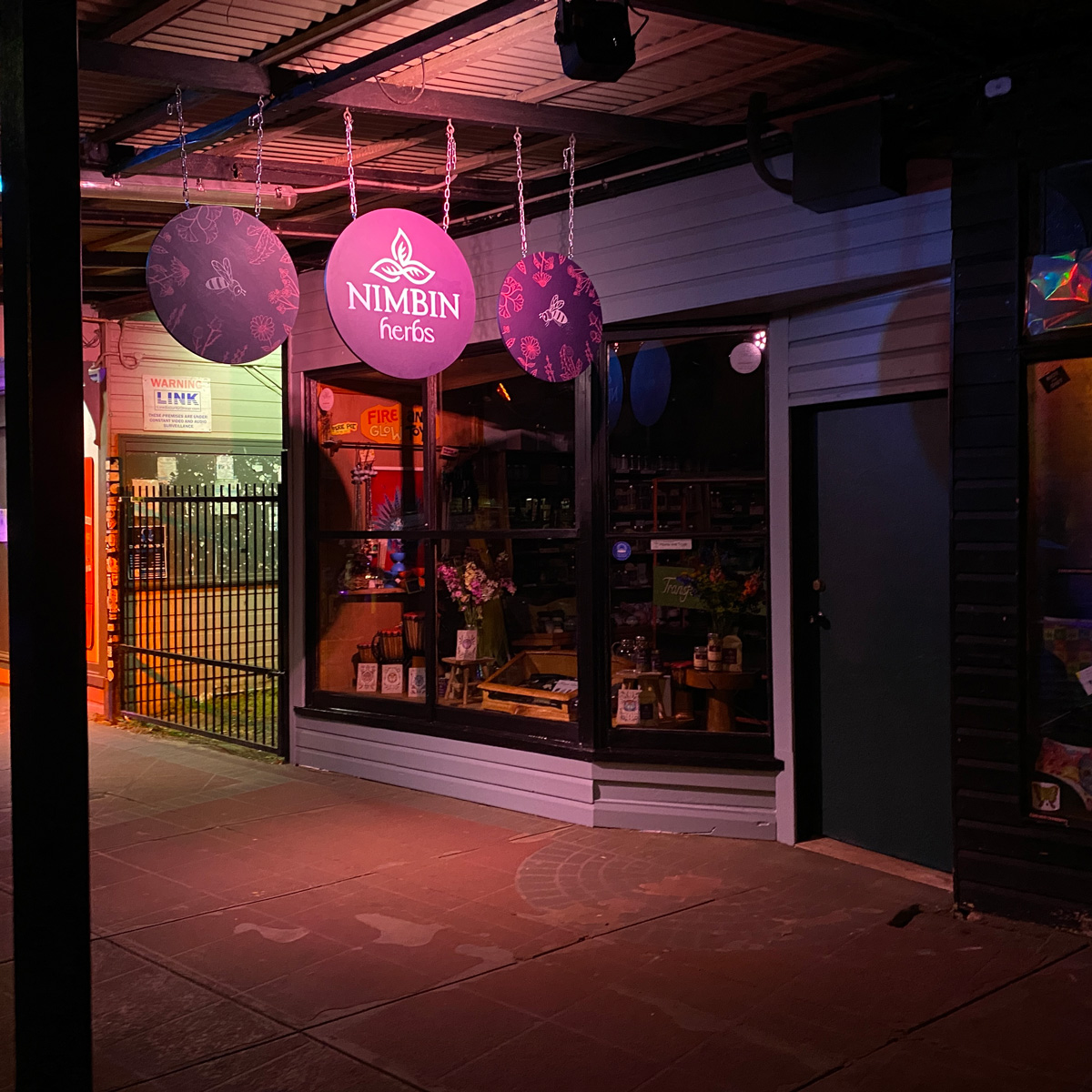 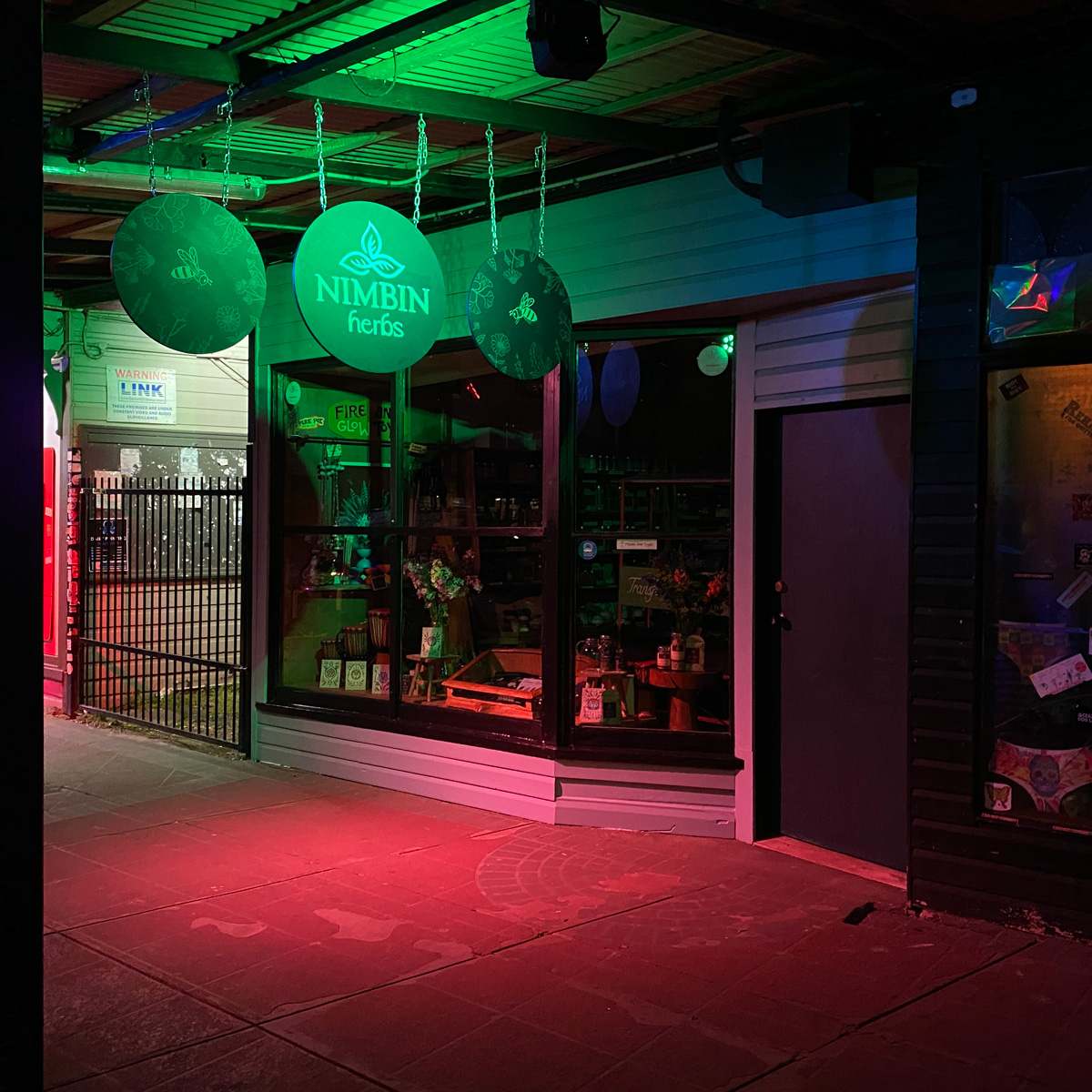 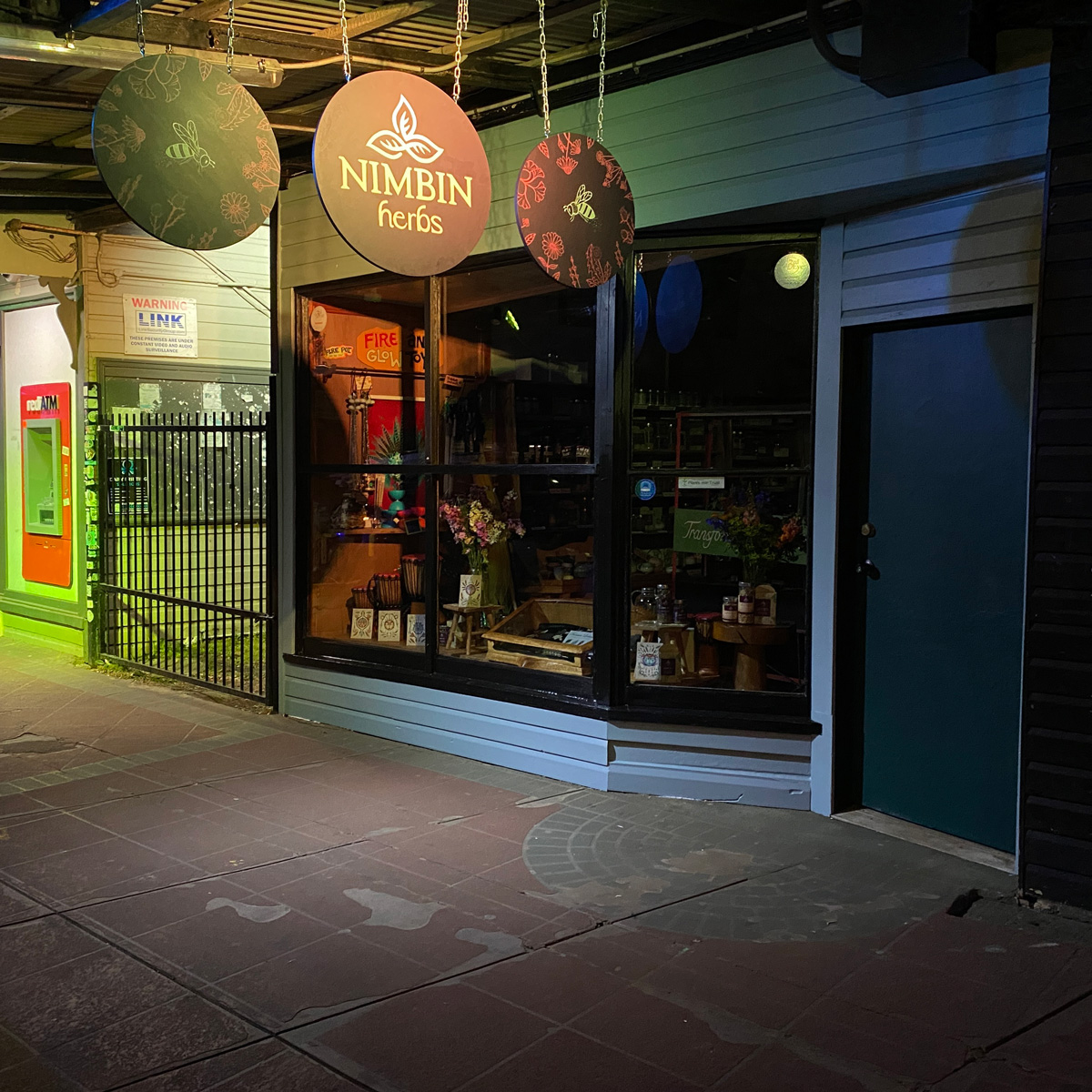 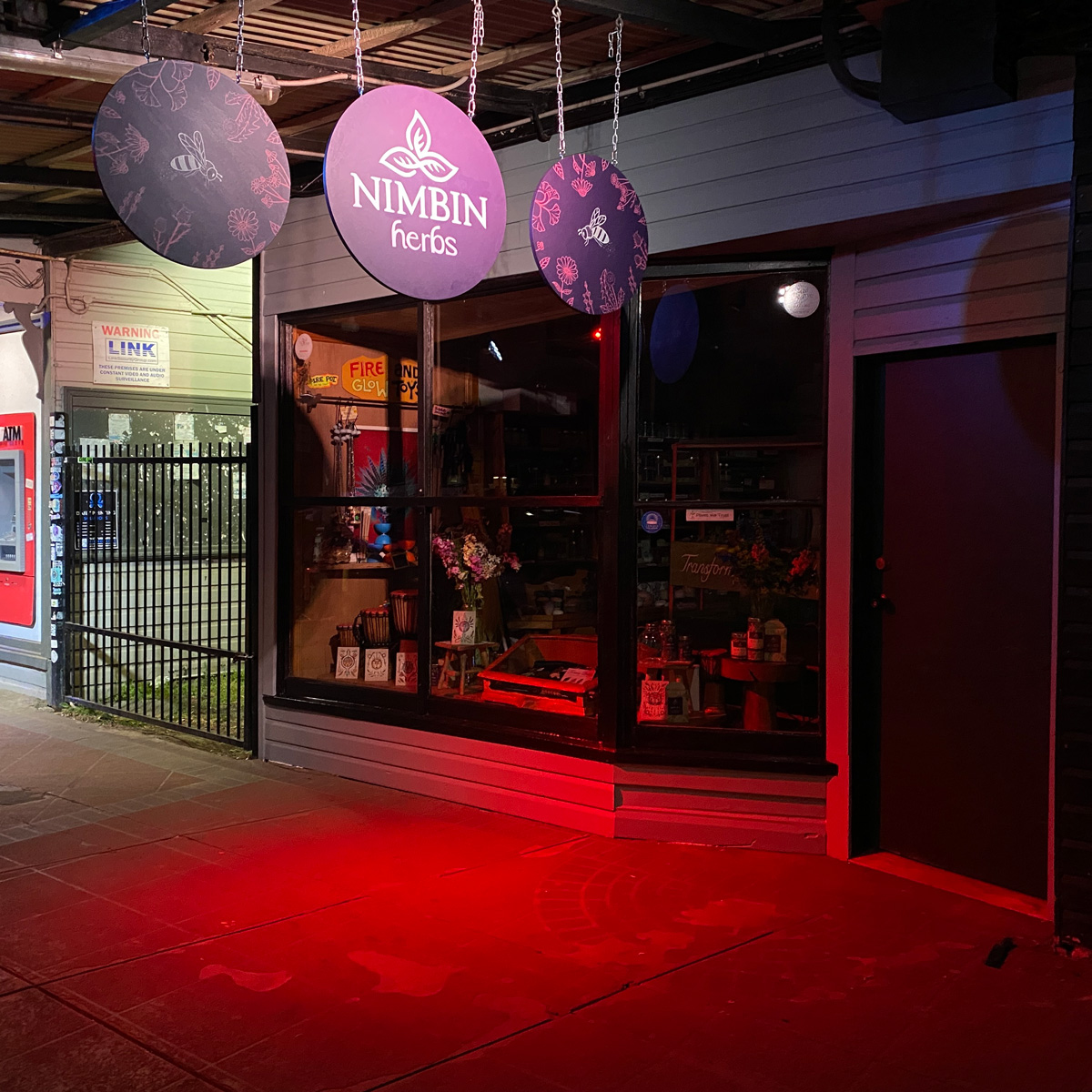 Find our store in the heart of Nimbin: